Welcome to my How Much Does Amazon FBA Cost blog post. Jeff Bezos is the richest man in the world for a reason. It’s because Amazon takes a lot of money if you’re selling a product through Amazon FBA. In this blog post, I’m going to be going over some of the costs very specifically of selling products on Amazon FBA and what you can expect to be paying. So I’ll detail everything. The 4 major costs in this blog post. So check it out. Let’s go.

I am Raju Bhadra working with online marketing since 2012. At the very beginning, I worked cash my link CPA company by promoting watching movies. Then in 2014, I worked with Clicksure and Clickbetter. I promote their products by reviewing. After that, I was outside a few months for my LLB and LLM graduation. Then After 2016, I started to promote WarriorPlus and ClickBank Product and The Four Percent Group. After 2017 I started to release products in WarriorPlus. I released over 50+ quality products in WarriorPlus. Now at present, I am promoting various JVZoo products and My main focus on LEGENDARY MARKETER because I LOVE High Ticket Program and everyone should join a High Ticket Program.

Purpose of This Answer-Today Blog :

I am honestly saying my one and only purpose is to help people who want to make money online. When I was a green newbie I had searched for everything here and there and most of the time I don’t get the exact answer to my questions. So, I decided if I can then I will make such type of blog from where people can easily get their basic questions to answer. I will try my best to provide the best answers to your question.

What is Amazon FBA?

So Amazon FBA, if you’re not familiar fulfillment by Amazon. Amazon FBA is when you as a seller ship products to Amazon and have Amazon sell them for you. Now there are a lot of costs involved in selling through Amazon. There are over 6 million people that are selling products through Amazon’s marketplace and there’s a lot of people making a lot of money.

How Much Does Amazon FBA Cost?

But before you believe all the hype and the gurus saying that it’s easy and all you need is a few thousand dollars to get started. I’m going to detail the real costs of getting started with an Amazon FBA based business. So you can have more realistic expectations of what to expect.

First – How Much Does Amazon FBA Cost

So the first thing that you need to do when you sign up for Amazon FBA is it’s $39.99 per month, okay? To get started and you can find this on Amazon’s website here. If we go over here, you’ll see kind of in small print it says $39.99 per month and then it says plus additional selling fees.

Second – How Much Does Amazon FBA Cost

The second cost here. This is all from Amazon’s actual website that I’m taking all of these numbers from. Now the second cost you should be aware of is the actual shipping costs. The picking and packing order costs and that runs anywhere from $2 to $5 here as you can see. Let’s just take this for example. For an average-sized item, you’ll be spending $2.48 cents to ship your product with Amazon. So that’s an additional $2.48 per unit to use Amazon’s fulfillment services in selling your product. So this is another cost that you just kind of incur.

Third – How Much Does Amazon FBA Cost

The third cost you need to be aware of is when you’re shipping through Amazon FBA, there’s a storage cost. So when you start an Amazon business, you’re going to buy the product well usually from like China or someplace like that and you’re going to ship it from China all the way to Amazon’s warehouse. Now you pay the shipping costs from China to Amazon’s warehouse in Tennessee or wherever that is. But you’re also going to pay a storage fee by the square foot.

Four – How Much Does Amazon FBA Cost

Now the fourth cost you need to be aware of is a pretty big one. And that’s actually what fees does Amazon take for selling your product. And typically that’s 6 to 20%. You know I just found this through Google. So the fee range is typically 6 to 20% but the average is 15%. So we can safely factor that Amazon makes 15% of the product, okay? Just for selling your product on their platforms. So Amazon’s making a lot of money. Again, they’re taking a very little risk. They’re charging a pretty small fee just to sell on Amazon. You’re going to pay a per-unit cost for every product that they actually have to pick and pack and then you’re also paying for their warehousing space and you’re paying Amazon 15% off the top. So you have to factor all of these costs before starting an Amazon business.

My No #1 Recommendation (How I Make $10,000 Per Month Without Working Hard) Watch This Video and Check-in Description

Now the gurus won’t tell you this information. The gurus will say, “You know a man, just spend a few thousand bucks and you can be selling on Amazon and it’ll be going in no time.” But the reality is, that it costs a lot of money to get started on Amazon. Now if you want to start an Amazon FBA business, I would suggest that you have anywhere from $25 to $50,000 to really launch your store. And keep in mind that you’re going to have to test a number of different products before you actually find one that sells well.

So I hope this blog post was helpful and kind of explaining what the real costs of Amazon FBA are. I’m an internet marketer. I’ve been running an internet business since 2012. I’ve been making thousands of dollars. And I’ve worked in a number of different fields but place, where I’ve made most of my money, is affiliate marketing. If you do want to learn more about making money online and even starting an affiliate marketing-based business, which any products it doesn’t require any customer support or fulfillment or any of that jazz. Then check my No #1 Recommendation.

I will highly recommend you to Check Out my No #1 Recommendation. My no #1 recommendation to help you to generate a full time consistent predictable income online. You can do this even if you don’t have any experience and computer tech skills right this. I’m doing and I’m more than happy to share with you. I’m ever earning more than a thousand and eight hundred dollars in my first few days. This is incredible to feel free to check that out right now.

Start Your Online Business and Get High-Ticket Commissions Using Other People’s Product. Take Action Fast. >> How I Make $10,000 Per Month for FREE Without Any Hard Work >>

“If you have any questions about this method then don’t hesitate to comment. Stay Tuned with My Blog for Getting Various Latest Methods of Making Money Online”.

15 thoughts on “How Much Does Amazon FBA Cost?”

HOW TO EARN A 6-FIGURE SIDE-INCOME ONLINE 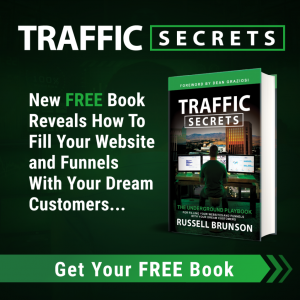